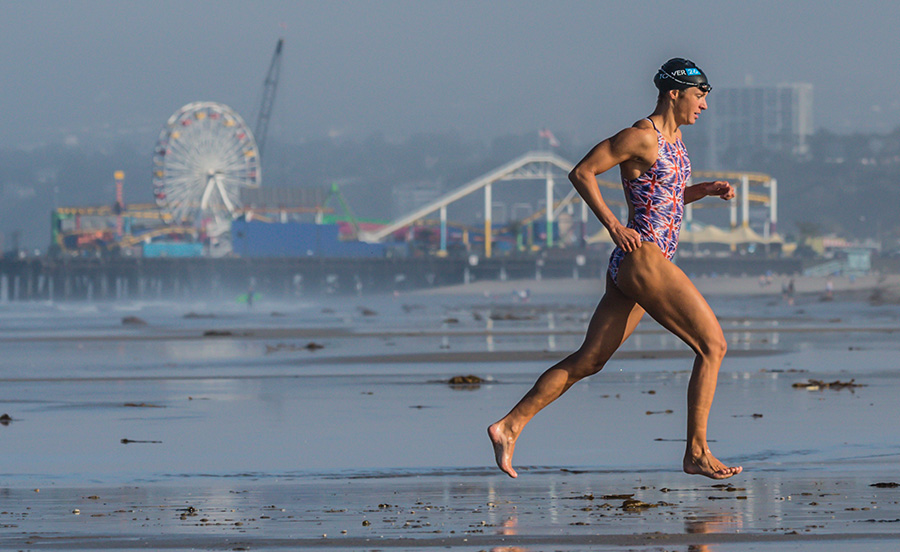 EK is a professional triathlete who races on the Ironman and Ironman 70.3 triathlon circuits. With six 70.3 victories, multiple podiums and two-top 10 finishes at the Ironman 70.3 World Championships to her name, she is widely regarded as an exciting talent in the elite endurance world. A former journalist, EK only discovered triathlon when asked to write a feature on the sport in 2005.

After winning European and World Championship medals as an amateur from 2006 to 2008, EK left journalism to train and race professionally, winning her first professional titles in 2011. In January 2013, she moved from her native UK to Los Angeles, California, for enhanced training, racing and sponsorship opportunities. In 2016, she moved to Boulder, Colorado, where she continues to live and train. She is part of the JD Crew, coached by former triathlon world champion Julie Dibens.

EK has a first class honours degree in English and Sports Science from Loughborough University, Britain’s premier sports university, and a postgraduate degree in newspaper journalism from Cardiff University. As a qualified and experienced journalist, she continues to contribute to magazines, blogs and websites in the UK and US.

When EK isn’t training, she can usually be found enjoying the great Colorado outdoors, refreshing her Spanish, baking, writing and reading.